You are here: Home

I have written a few times about discoveries in the bindery, finding historically important items hidden in books that are being rebound or in bindings or tools. Just last week I saw a piece about the State Library Bindery, and small photo of a reused piece of manuscript in the spine of a book.

I have been reading this book about the Wormsley Library. It took me a while to get to it. It’s the Library of Sir Paul Getty and knowing a little of the history of his father, I didn’t want to read it. But after his father passed, I think the children did use some of the wealth for public good so I started to read it. It’s a selected list of bindings used in an exhibition, and featured as much on the bindings as the works content.

What a surprise then to see item 1 of the exhibition.
The Earliest English Manuscript? I would have added surviving manuscript but it’s a delight . It is from Historica Ecclesiasticus (the History of the Church) written by Eusebius Pamphili. A work I am familiar with in the English translation, and I can see a modern copy on the shelf in front of my desk. From the mid seventh century ( 1640-1650) and is most of leaf 2 and 9 of the first 10 leaf section of the Eusebius, damaged by trimming which removed part of the text. It was found as a wrapper binding of a sixteen century work, discovered in 1984. Can you imagine the joy of finding such a piece while setting about cleaning up the other minor manuscript. 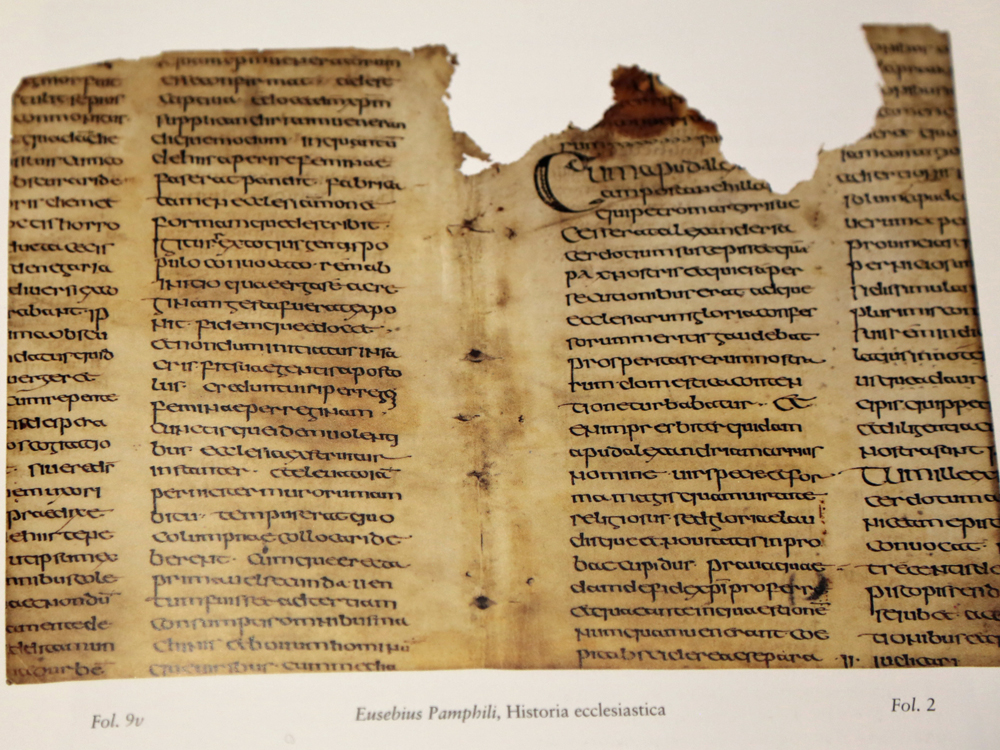 And then item 6, The Wormsley Becket. A folio manuscript 303mm x 223mm 4 leaves with 8 large miniatures, dated about 1230. All that remains of the only medieval illustrated manuscript of the life of Thomas Becket, perhaps the most famous of all medieval Englishmen. These leaves owe their survival to being used as padding in a bookbinding. What brilliant works to be hidden in another binding, perhaps because the Becket had already been damaged. I think those discovering this would have been amazed. 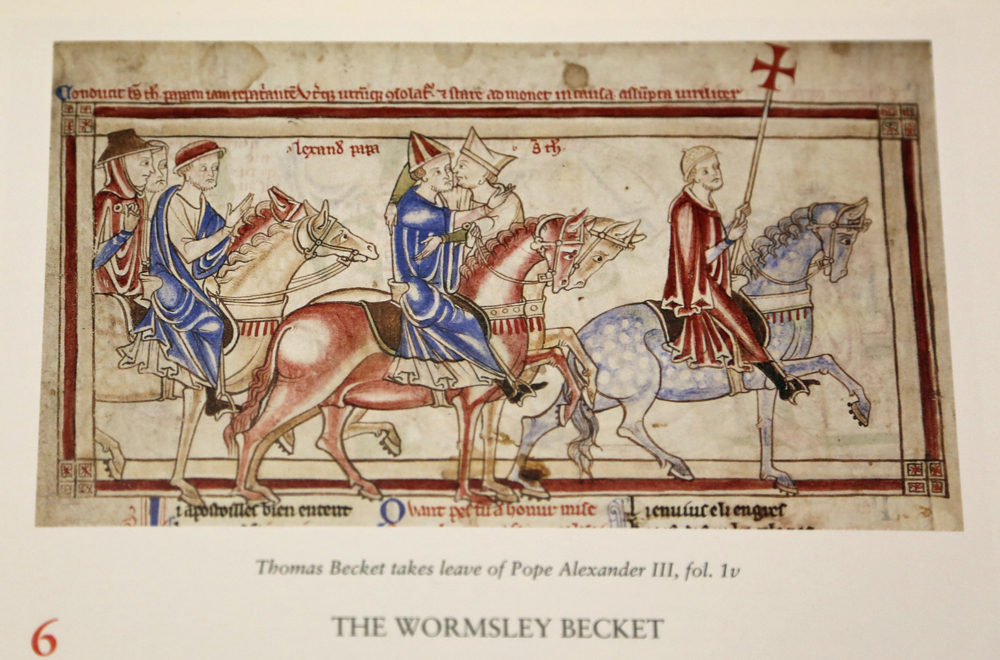 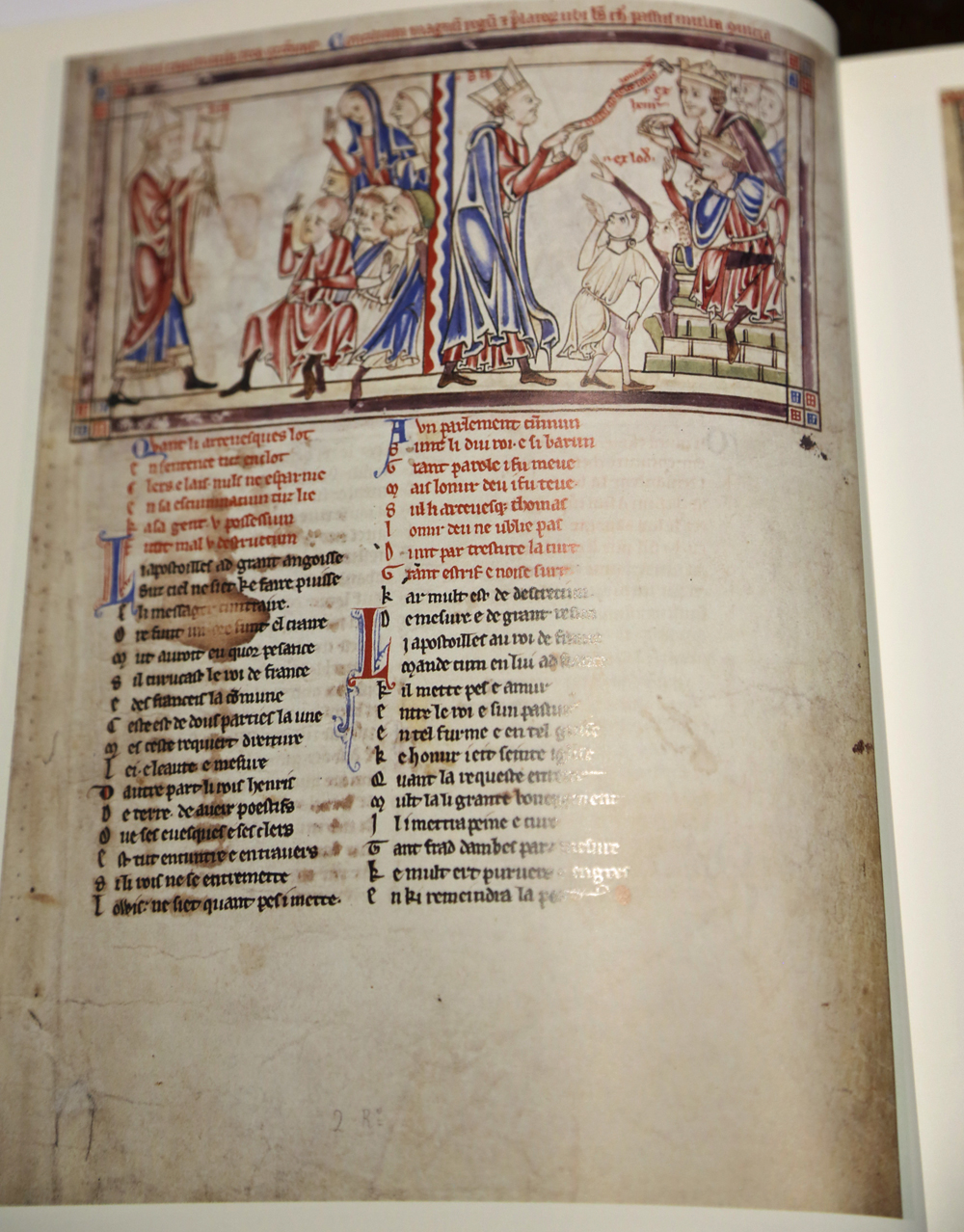 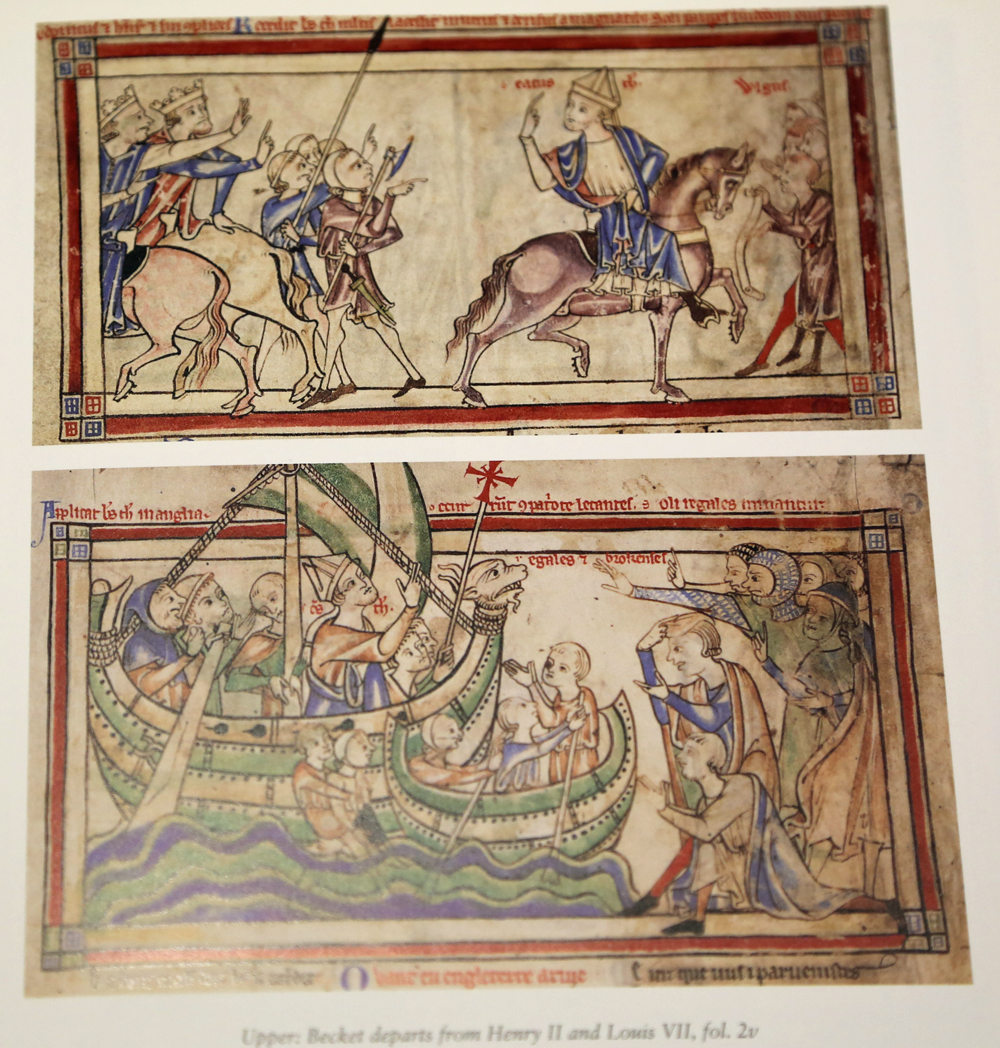 The rest of the work is 105 bindings in the library. Perhaps my only criticism, the book is perfect bound and even after once careful read shows signs that after 3 reads it will itself start to become disbound. The extra expense of a sectioned binding even if still in wrappers would be justified in a reference work like this. It looks like I have read it so I will have to buy it!

My discoveries are pretty inconsequential, these are brilliant. But a warning to be very careful as we disband any book just in case.
Jim Finger